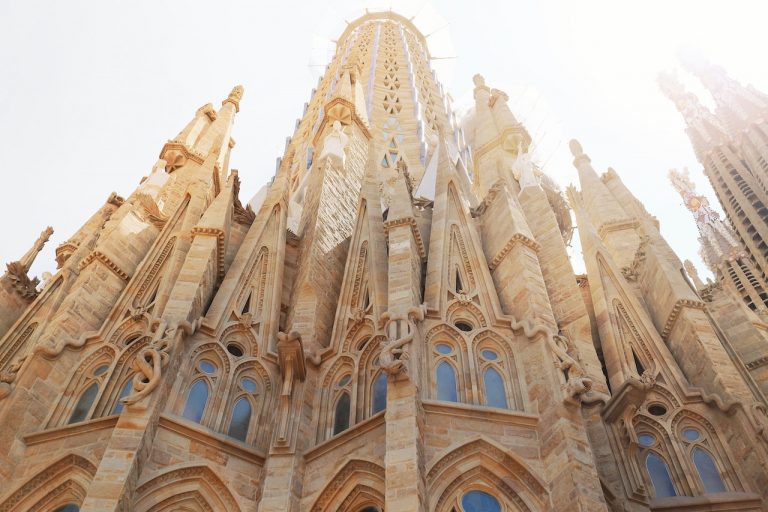 If you asked someone which of Spain´s cities attracts the most international visitors, the chances are they would say Madrid. Which is understandable. After all, Madrid is Spain´s capital city. It is also home to many of the country´s most important buildings, monuments and sights, so why would it not be where most tourists think of first when they want to book a city break in Spain?

Strangely, it isn’t. Not by a long way….

When it comes to Spanish tourist destinations, Barcelona is “numero uno.” In a typical year, around 27 million people visit the city. While Madrid gets only around 6 million!

So, why is that? To find out, all you need to do is to keep on reading.

It is not an exaggeration to say that Gaudi is the main reason millions of tourists flock to the city. Pre-covid 5 million people paid 20 euros each to go inside Gaudi´s, as yet unfinished, masterpiece – the Sagrada Familia.

In addition, it is estimated that a further 20 million visited the streets surrounding this striking cathedral to get a glimpse for free. It is also highly likely that many others travel to Barcelona to visit the 23 other sights that are connected to the world´s most renowned architects. While Madrid´s biggest tourist attraction – the Royal Palace only welcomes 1.5 million visitors per year.

The other big attraction is the city´s nightlife. It is amazing. The Spanish like to party in the small hours, especially in Barcelona. A typical night out starts with snacks and a few drinks in one or two bars, followed by a leisurely dinner, another visit to a bar followed by some clubbing.

Compared to many other cities, Barcelona is a cheap place to eat, drink and party. There are 10,000 restaurants in the city, around 800 bars, 19 large disco clubs and numerous live entertainment venues. So, you are spoilt for choice when it comes to nightlife. The city is home to some of the world´s bars, restaurants, music venues and dance clubs. For example, Mandoe Media’s research uncovered the fact that Barcelona is home to the second-best bar in the world. The Rooftop at Serras scored very highly when it came to customer experience and the price of drinks. They uncovered the fact that 96% of the people that visited the bar and left a review on TripAdvisor said that they had an excellent experience. Their wine was also very reasonably priced. Barcelona´s top bar ranked 10th in the world for this metric.

Barcelona is just a short train ride from several beautiful beaches. You can read more about them, by clicking here.

One of the world’s biggest football clubs

The Spanish are crazy about football. They go “loco” for it. Every small town and most villages have at least one active club which plays every week, during the season and these matches are well supported.

But their heart belongs to one of the bigger clubs. Usually, it is either Real Madrid or Barcelona and the Spanish are not alone in this. Both of the world´s biggest clubs have millions of international fans. Many of them visit Barcelona to take the Barca tour, visit the museum and attend a match. Given that Real Madrid has about 20 million more fans than Barcelona, it is a bit of a surprise to learn that the Camp Nao stadium welcomes around 30% more tourists every year than Madrid´s Santiago Bernabéu Stadium does.

Why Barcelona is Spain’s No. 1 tourist city

Earlier, I posed the question – why does Barcelona get 18 million more visitors, per year, than Madrid? As you can see the answer is simple.

Barcelona has more of the sights that people want to visit, take photos of, and tell their friends about. Three of the top five Spanish tourist attractions, in terms of visitor numbers, are in Barcelona.

Add in the lively nightlife, fantastic tourist facilities and the fact that Barcelona is far closer to the coast than Madrid and it is easy to see why so many people prefer the Catalan capital to the country´s capital city.

Both cities have a huge amount to

offer. Madrid is a little cheaper and staying there gives you a better

understanding of the Spanish, how they live, their cuisine and culture.

Fortunately, visiting the two cities in one trip is not hard or expensive to do. It only takes 2.5 hours by train to travel between them. Plus, because they both have international airports you can fly to Barcelona and return home from Madrid. Or vice-versa.