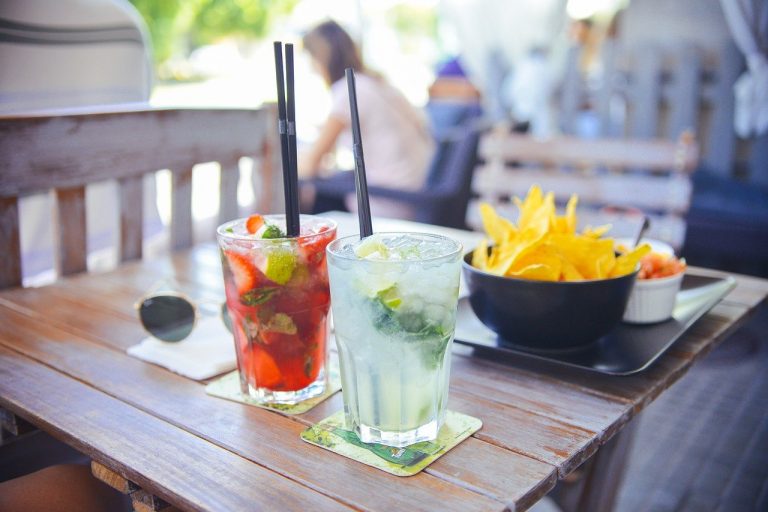 Vodka and gin have many different connotations. Personally, vodka always reminds me of my misspent youth – it’s a potent yet relatively tasteless drink which can be added to energy drinks or other fizzy drinks and is often consumed in nightclubs or student house parties, which I was able to get by using things like a fake ID maker that should never fail you if you are bringing drinks to a house party. Gin, however, seems much more civilised! This fashionable drink is particularly popular with classy ladies who like to sip fancy varieties in oversized gin goblets filled with exotic fruits.

But are gin and vodka really that different? This article tells you more about the differences, and whether you can make your own vodka and gin.

Originating in 14th century Russia, vodka is a clear and smooth spirit which is usually made from a mixture of potatoes and grains, but can also be made from wheat, corn, or even fruit like grapes.

The Russian word for water is ‘voda’ and vodka in Russian literally means little stream. Although this spirit looks exactly like water and doesn’t taste of anything in particular, it has one of the strongest alcohol contents of any drink, at 37.5% in Europe but sometimes 40% or more where this is permitted in other countries.

Gin was invented after vodka, yes still dates back as far as the 17th century. Originating in Holland, gin is what people are referring to when they use the phrase ‘Dutch courage’.

In simple terms, gin is essentially just vodka, with one added ingredient – juniper berries. Juniper berries aren’t actually berries, they are fleshy seed cones produced by conifers. They look like berries (hence the name) and have a pine-like taste.

When you add juniper to vodka, it makes gin. However, when you add other flavours such as strawberry, apple or coffee, this is just called ‘flavoured vodka’. To further confuse matters, most gins that people drink nowadays are also flavoured, so rather than the pure taste of the juniper, gins often feature an array of aromas and flavours of ingredients like rhubarb, cherry and orange. That said, a good flavoured gin should still taste like gin.

Gin is big business in 2020 with gin bars springing up offering tens, if not hundreds of varieties of gin. The same cannot be said of flavoured vodka. Some of the unusual gin varieties on offer include glitter gin, colour changing gin and multicoloured unicorn gin. With flavours like strawberry and black pepper, Parma Violets sweets, fresh cream or Yorkshire tea, some of the newest gin types seem nothing short of bizarre!

Making our own vodka or gin at home

With the rise in popularity of gin, people sometimes wonder if they can make their own spirits at home. The legalities on this vary, so your first step should always be to check what’s legal in your own country.

Making your own gin from potatoes involves, firstly, making a huge pot of mashed potato. To this you can add more water, some crushed malted barley and sugar and heat on the stove.

The next step is fermentation. For this process you’ll pour the liquid from the mash, add yeast and leave for several days.

Next is the distilling process. For this you’ll need a piece of apparatus called a still which is used to selectively boil and cool to condense the vapour. The still will produce a consisted drip of vodka.

One of the reasons why making your own vodka is illegal is that the first 5% of the run will be methanol which is extremely volatile, toxic and can make you blind. Do not drink this! The next 30% of the run is acetone, also known as nail varnish remover. Again, do not drink this! Eventually, your still will start to produce a sweet-smelling vodka. Add some juniper and voila… gin.

Making your own gin from vodka

A much safer and more reliable way to make your own homemade gin is to buy a bottle of good quality vodka and add two tablespoons of juniper berries along with any other flavours you desire such as coriander, cardamom, pepper, cinnamon, orange or lemon. All you need to do is add the flavours to the vodka, wait a couple of days and strain them out.

The fact that many people want to make their own personalised gin has led to a rise in the popularity of gin-making classes or workshops. Often held in working gin distilleries, participants can learn about the history of gin and the process of making it before choosing their own botanical flavours to make their own unique recipe.

Such is the popularity of gin making in the UK, that distillery tours are available all over the country. Glasgow features its own gin spa with treatments inspired by the botanicals found in gin. Or why not opt to spend the night sleeping over in a working distillery in London which also offers accommodation upstairs? 2020 will also see the launch of the world’s first gin distillery at sea on-board a 6,000-passenger cruise ship which has a working distillery offering gin masterclasses.

So, it seems that gin and vodka aren’t worlds apart. Top brands like Gordon’s gin and Smirnoff vodka continue to be popular. However, gin sales are rising much faster than those of vodka and there is a growing demand from people looking to create their own signature gins to enjoy at home or give as gifts.

By Simon Hansen from homebrewadvice.com