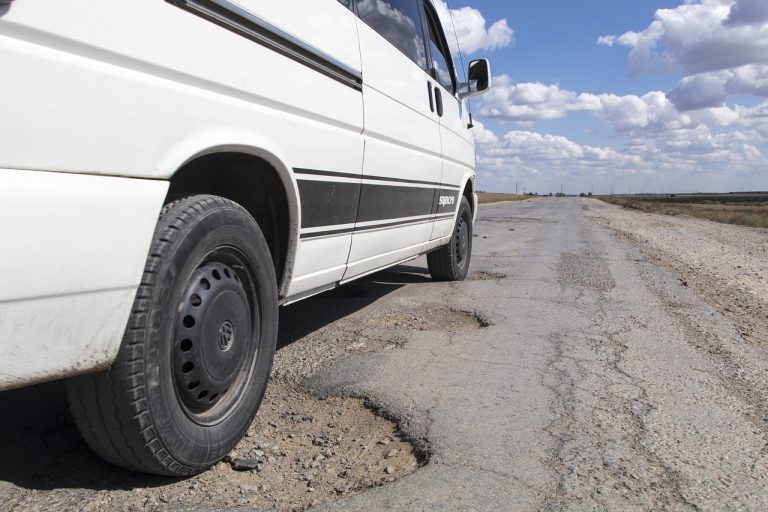 The plague of potholes across our roads is an ongoing source of frustration for British drivers, with some potholes even causing death for dozens of cyclists per year. As any learner driver knows, hitting a pothole can be the difference between passing your driving test and failing it, with some driving test cancellations even being down to poor road conditions. The number of claims due to injuries and damage related to potholes has skyrocketed since 2018, as reported by LeaseCar UK.

The UK has had an ongoing issue with potholes for many years. Potholes are caused by water freezing and then expanding in cracks on the road surface which then causes the tarmac to break apart as traffic repeatedly drives over the crack.

Most drivers know that potholes are to be avoided, but when driving in the dark, it can be difficult to see them. Some town residents have taken matters into their own hands and looked at traffic cones for sale to mark off particularly bad holes, but don’t expect that to be the case with all holes. I’m sure you have experienced at least once, the almighty shock when your car loudly hits a pothole. It may seem like a simple bump in the road, but the severity of hitting a pothole is not to be underestimated. Potholes can cause tyres to burst, cars to spin out of control and even fatal crashes.

Some cities and towns suffer from potholes worse than others, but it is a common problem in the majority of the country. Councils are supposed to maintain the roads and fix issues but with a lack of funding, this is becoming more of a challenge. As mentioned before, some residents have taken matters into their own hands by marking off potholes and (more humorously) graffitied crude remarks into potholes to encourage councils to fix them sooner. To top it off, councils are now having to pay out huge insurance claims due to injuries caused by potholes which surely causes more financial damage.

LeaseCar has researched which cities from across the country to see which location is the pothole capital of the country and you wouldn’t believe the results. #PotholePandemic

If you’ve been affected by the #PotholePandemic whether it be a claim with the council or if you’ve been injured due to poor road conditions, be sure to get in touch and tell us about your experience.