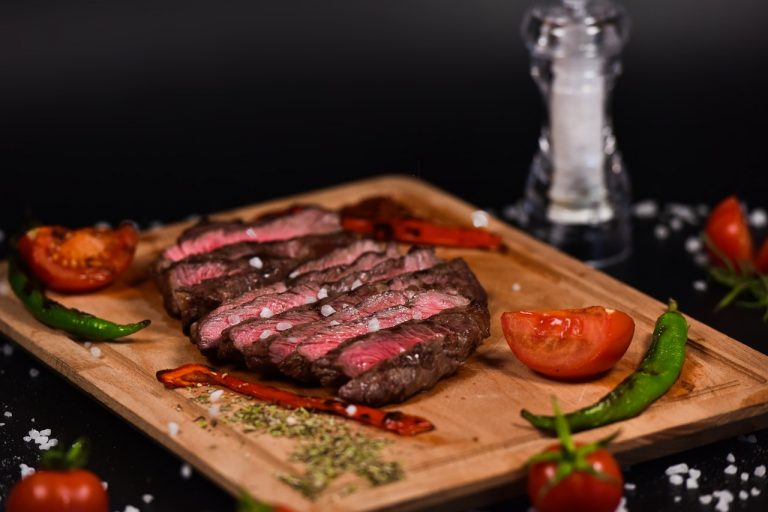 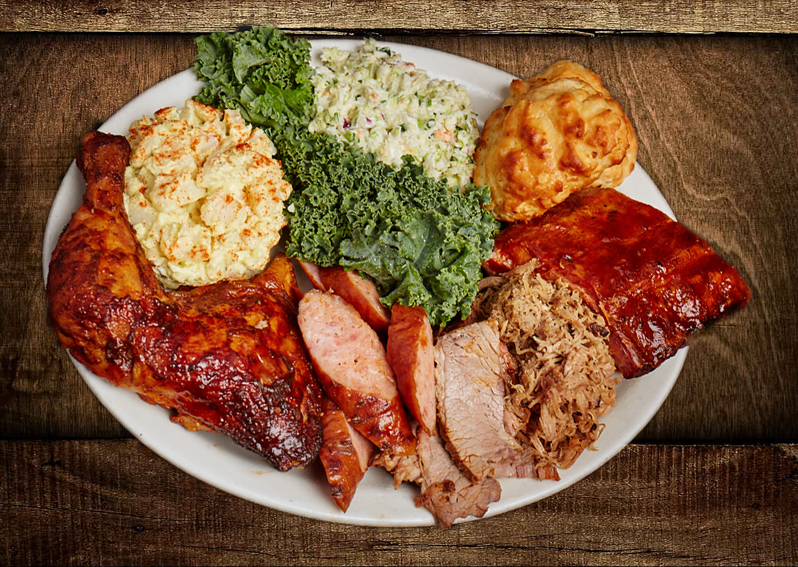 There are few places in the world where the fine art of barbecue is as celebrated as it is in the South. In Memphis, the meat is rubbed down with a dry mix of up to 40 spices then slow-cooked over hickory wood. Meanwhile, the Carolinas claim to be the origin of pulled pork and whole hog barbecue using a spicy, vinegar-based sauce or heavy tomato sauce. Though Memphis and the Wilmington coastline are about a 12-hour drive apart, you’ll find the best of both worlds right smack in the middle of this saucy region.

Near the Eastern Tennessee and Western North Carolina border, the Great Smoky Mountains are home to some of the best barbecue in the Southern region. Smoke towers rise from the ridges of this Appalachian subrange every week of the year, wafting the irresistible scent of wood and char throughout the local mountain towns. For barbecue enthusiasts, a culinary tour of these restaurants is one of the most fulfilling and, of course, filling things to do in Gatlinburg and Pigeon Forge. 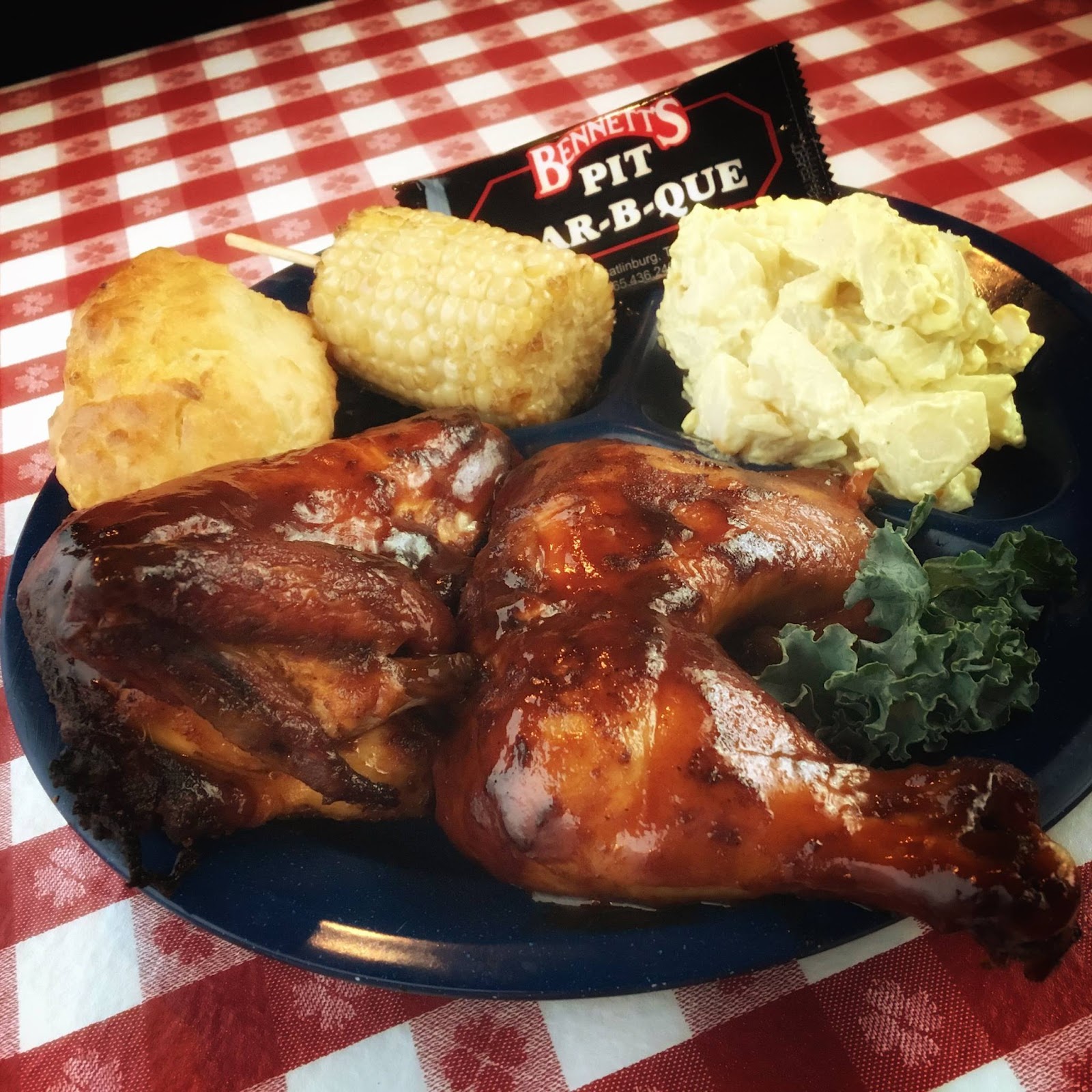 With 30 years’ experience perfecting their unique craft of the pit, Bennett’s Pit Bar-B-Que is the real deal when it comes to Smoky Mountain barbecue. Their method involves basting the meats in Bennett’s original sauce and then smoking it for 14 hours over hickory wood. By the time the chicken, pork ribs, beef brisket, and pulled pork make it to your plate, each gorgeous striation will be oozing in its own juices. Even the center of the meat will have fully absorbed the flavor of wood smoke.

With locations in Pigeon Forge and Gatlinburg, Bennett’s Pit Bar-B-Que is an excellent choice for lunch, featuring a menu chock-full of barbecue platters, sandwiches, and burgers. Keep it classy with a platter of BBQ beef brisket smoked the night before, pulled chicken doused in homemade sauce, or the BBQ pulled pork shoulder sandwich that made them famous. Don’t miss out on their signature platters either, like the Texan Sampler of pulled pork, beef brisket, hog leg, chicken, and baby back ribs, or the Big Daddy’s Ultimate Combo of four baby back ribs, two hog legs and a quarter pound of pulled pork. 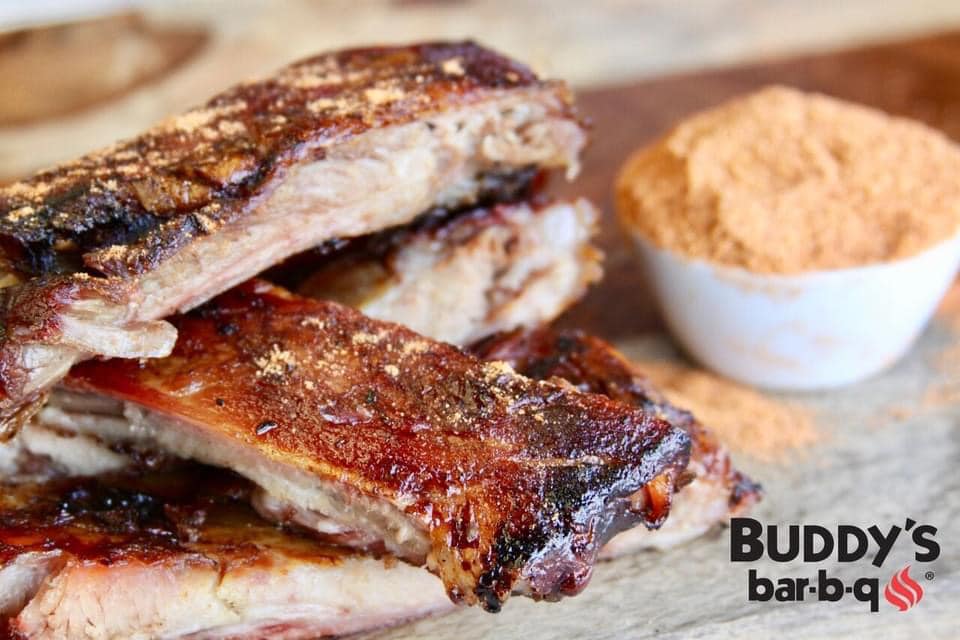 In the Smoky Mountain town of Sevierville, the casual, neighborhood atmosphere at Buddy’s Bar-B-Q feels like coming back to your hometown. Buddy’s originated in 1972 in Knoxville, Tennessee, and has been slinging the smoke alongside Southern favorites ever since. Their diversity of carnivorous offerings includes pork, half chicken, pulled chicken, ham, beef, ribs, turkey and wings. All of these come with two classic BBQ sides, such as corn on the cob, baked beans, potato salad, coleslaw, green beans or french fries.

Buddy’s Bar-B-Q is the ideal spot to hit before a large gathering, takeout for a picnic, or a tailgate. Unique to their menu are two family packs serving either five or ten people that come with pork BBQ, three sides of baked beans, potato salad, coleslaw or green beans, plus buns, chocolate chip cookies and extra sauce. You can also order their barbecue meats and sides by the pound and take home as much as you want! Feel free to get creative and invite all your friends and family for a barbecue extravaganza from Buddy’s.

Corky’s Ribs & BBQ brings the unique flavors of Beale Street to Pigeon Forge. True to Memphis tradition, they slow cook their meats every day over hickory and charcoal, pull their pork by hand, and trim their ribs to perfection every time. While their menu consists of burgers, sandwiches and Memphis-style starters to satisfy any appetite, die-hard carnivores will love their specialty ribs and BBQ dinners. The ribs are prepared with your choice of barbecue style: a wet marinade of Corky’s original sauce, an authentic Memphis-style dry rub, or a combination of both.

Meanwhile, the BBQ dinners come with one, two or three meats. Good luck choosing between the half chicken, pulled pork, pulled chicken, smoked sausage, beef brisket, smoked turkey and Southern fried catfish. Is it too difficult to decide? Keep it simple yet decadent with the Smokehouse Feast of a full rack of ribs, a pound of pulled pork, two half chickens, corn on the cob, french fries, baked beans, and coleslaw or potato salad. 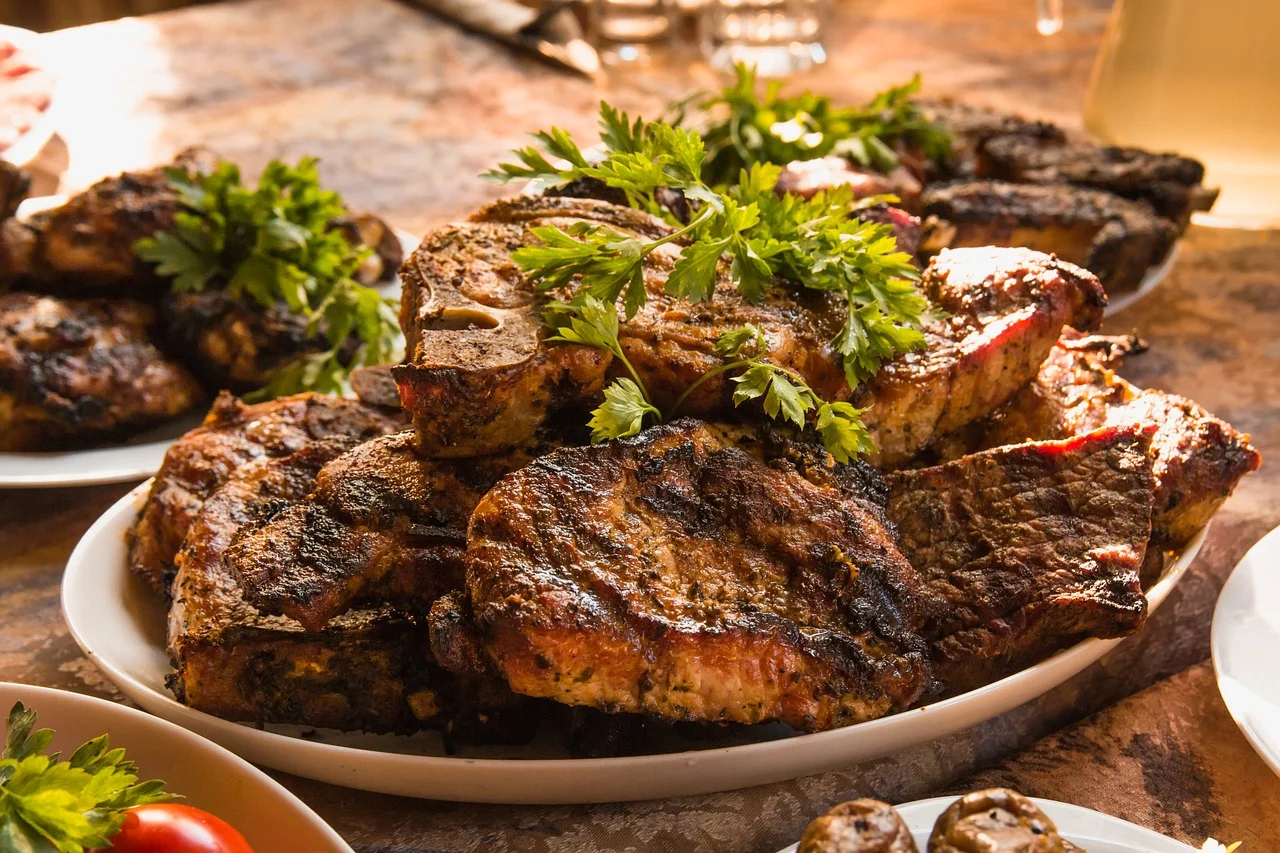 Are they called the Great “Smoky” Mountains because of their hazy blue appearance or because Boss Hogg’s Bar B Que has been roasting up a cloud over Pigeon Forge for 35 years? The locally owned and operated Boss Hogg’s Bar B Que remains a favorite among Pigeon Forge natives as well as a family-friendly dining experience for visitors. Stop by for lunch and sink your teeth into a mouth-watering barbecue sandwich with pork, chopped brisket, sweet chicken or sausage.

Alternatively, stay in for dinner and let your nose tell you which platter of BBQ pork, smoked beef brisket, smoked sausage, chicken or ribs will bring you tears of joy. Plus, you can get any number of pounds of pork, brisket, or ribs to go for when you wake up tomorrow wishing you could relive last night’s dinner over and over again. Don’t forget to get an extra pint of Boss Hogg’s original barbecue sauce, so you’ll know that sweet mustard-flavored glory was no dream.

In the South, there’s nothing quite like a family gathering around the smoker for an afternoon of juicy sauced-up meats, fried green tomatoes, and grilled corn on the cob. Barbecue is a quintessential part of Southern living that every visitor should experience at least once — yet it will likely keep them coming back for more!

While the great debate about which barbecue style is the best may go on as long as there are meat lovers, it’s no doubt that the fusion in the Great Smoky Mountains is among the top contenders. The barbecue restaurants of Gatlinburg and Pigeon Forge will be only too glad to prove it to you.